Each period of growing up has milestones in child development. In the beginning, these milestones include the basic operations, such as manipulating objects, learning to walk and mastering simple communication. As a child grows older, the goals become increasingly complex.

Adolescence is a particularly sensitive period, because children face numerous social challenges that require a certain level of maturity. It is a period when they have to learn how to behave socially, to control their emotions and cope with stress.

Why is child development important?

No matter how bad you want it, you cannot (and should not) always be there for them. Experiences gained during child development are crucial, because mastering obstacles makes the child mentally strong, independent and successful. Of course, as a parent, you will always be there, but you will soon realize that children need to learn some things on their own, even if it means learning them the hard way.

It is very important to understand maturation and the process of learning new skills so that you would know how to inspire your child to develop. Guide them toward things that will help them overcome their insecurities and weaknesses (shyness, emotional immaturity, laziness, etc.). When it comes to psychological child development, there are two key areas: social and cognitive development.

What is social development?

Social development refers to the process in which the child learns how to behave socially, how to be a good friend and resolve conflicts. When the child is socialized, they will develop faster and easier. Thus, they will effortlessly master the basics of proper behavior and communication as a toddler, successfully resolve conflict situations as a student, and be prepared for the stressful situations of the modern age as an adult.

It is very important that the child develops social skills from an early age, because that way, they will become communicative, confident and able to successfully resolve conflict situations. Numerous studies have shown that children with developed social skills acquire new skills more easily, because they are more self-confident. This behavioral pattern is already visible in the kindergarten when self-confident children stand out among their peers, and learn faster.

Namely, insecure children are reluctant to try new things for fear of failure. Fortunately, it is possible to influence changes in the child’s behavior while their personality is still developing. What they learn as children will later be reflected on how they will behave throughout their life.

The way family members behave in different situations has a great impact on the child’s development. Children imitate the behavior of their role models, such as parents and siblings, and later teachers, friends and co-workers.

How parents influence the development of children’s social skills

Every parent wants their child to grow up to be a good and well-mannered individual. We already mentioned that children largely model their behavior after the behavior of their parents. So, you need to be a role model, which means that you must not allow yourself to lose your temper (especially when driving), be kind and don’t forget that you are their ultimate role model in life. In addition, it is equally important to address and treat your child with respect, so when you ask them to do something, don’t forget to thank them afterwards.

Therefore, anything you want from them, you have to do yourself. Some will say – just act normal. But, in everyday life, “normal” is sometimes a forgotten word. Nevertheless, try not to lose your temper in front of your child, because they will absorb every single word, even though it seems they aren’t listening.

Apart from the personal example, give the child your undivided attention and participate in active discussions. Always ask them how they spent their day, if anything unusual happened, what they did with their friends, if they had a good time in the daycare, or school, etc. This way, you will let them know that what they do matters. Ask questions and encourage them to give meaningful answers, instead of just enumerating things they did.

Encourage them to communicate with their friends in the same way. Communicating with store clerks when you go shopping can be a great exercise. When the child grows older, give them tasks where they will have to rely on their charm and resourcefulness.

If the child encounters an obstacle or a problem, don’t react immediately. Refrain from intervening in case of an innocent playground argument for example. Let them resolve the conflict on their own, but follow the situation closely so you could react quickly, if necessary. Every age brings its own challenges, but one thing should be constant – your attention, and a relationship full of love and understanding.

The result of every competitive game is an excellent opportunity for valuable life lessons. Some children have a strong competitive spirit, which is a great thing, however, if a certain line is crossed, competitiveness may become harmful and destructive. This is why it is important for children to face situations where they cannot get their own way from an early age.

Sports and board games are great examples, because with them, you can achieve a lot through play. They are ideal, because they require following certain rules to achieve one’s goals. Children are always competitive, and often react impulsively in such situations.

A feeling of injustice is common when people compete against each other. However, the child needs to understand that stressful situations are no excuse for bad behavior. It is also important how children behave when they are in a group, whether they help those who are not as good as them, or if they only care for their own success. The outcome of the competition is very important to most children, but they can also learn a lot from it.

If they win, it is important to show respect for their opponents, and not to gloat. Modesty is a virtue, and glorifying one’s own role while minimizing the merits of others is inacceptable. In case of a defeat or failure, the child needs to take it in stride, without getting mad and humiliating the opponent. The child must learn to congratulate the opponent and respect other people’s success, because that way, they demonstrate self-respect. All these qualities are necessary for success in a group, which is an excellent practice for more serious life challenges.

A good exercise you can do with your child is to try and represent both sides, like a lawyer in the courtroom. Choose a topic they are interested in and agree that they should represent the opposite side. Putting them in the opponent’s shoes, where they need to speak affirmatively about something they disagree with will help them better understand the attitudes of others.

You should set an example for them to follow in this case as well. Refrain from gossiping and judging other people, because they don’t fit into your concept of “normalcy”. The child will adopt your behavior as a model, which means that they will be tolerant of others only if you are.

Cognitive development refers to the thinking process (memory, problem solving, decision making) that develops as the child grows. Genetics plays an important role here, but children’s development also greatly depends on the learning process. Cognitive child development practically starts from birth. Infants absorb information about the world and develop in leaps and bounds. As every stage of child development has its own unique characteristics, we will analyze each of them separately.

As they are just beginning to understand the world around them, infants quickly learn the basics of recognizing their parents’ voice and face, reacting to facial expressions and familiar sounds. The development at this stage is so fast, that practically every week brings a new milestone. By the age of 18 months, infants understand about 50 words, they learn to count and develop an attachment to toys and pets.

The desire for independence increases at this stage, but children still can’t make the best assessment if something they want to do is safe. Thinking becomes more complex, and a toddler understands what they are and aren’t allowed to do. At this age, toddlers already understand over 150 words, and rapidly expand their vocabulary.

At this stage, children begin to socialize more actively and make close friends. More intensive socialization can also lead to negative actions, such as bullying, lying, and talking back to adults, and all of these should be addressed the moment they surface. Through play, children learn letters and numbers, and even read simple words and sentences.

They understand more complex tasks and use logic to solve them. They better understand the world around them thanks to previous experience that they build upon. They have strong opinions about things that interest them. In time, their attention span increases, so they can maintain focus during a whole school class, play or a movie.

Children at this stage have an even stronger desire for independence, they are able to understand abstract topics, such as mathematical problems. Children reach their full potential and the cognitive level of an adult. However, there are still many challenges ahead, so parents need to channel children’s ambitions in line with their potential and psychological development.

Child development in this area greatly depends on the combination of hereditary traits, environment and knowledge that they will acquire as they grow up. Parents can help in cognitive development by stimulating children’s intellectual development through study materials and learning through play.

As they grow, children will begin manifesting certain inclinations and talents, and it is up to parents to recognize them and provide support for their development. Growing up in a supportive environment greatly helps the development of children’s intellect and various soft skills, which will help them to better cope at school and in all other areas of life. 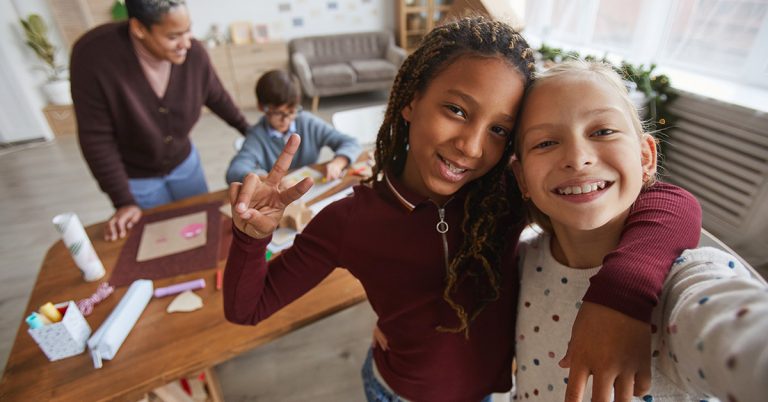 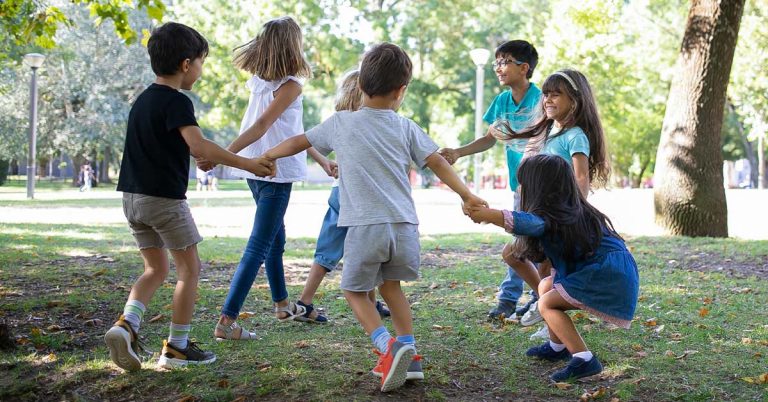 Role of society in child development 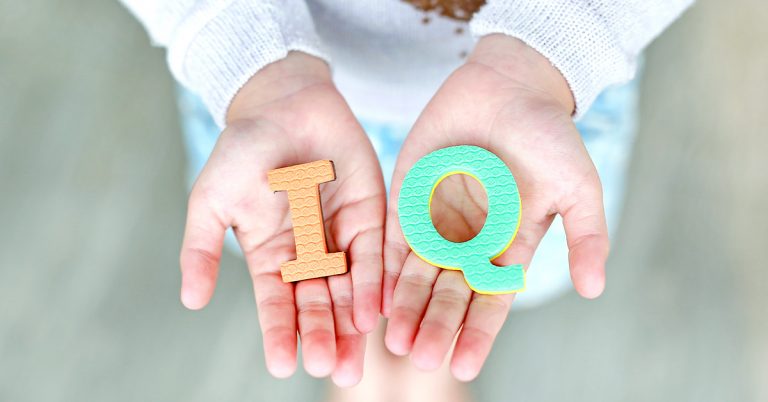 How useful is IQ testing for kids