A fun way to learn: Making memories at the Video game day 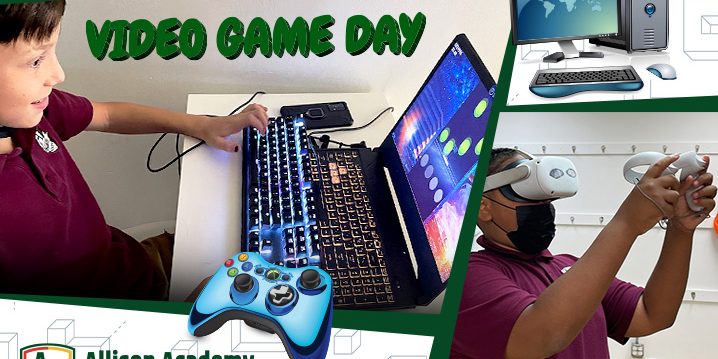 Allison Academy: the place where the fun stuff happens!

Constant, repetitive work in the classroom can be tiresome to the minds of children who crave dynamics. Students can easily lose focus when passively acquiring knowledge. Our school’s vision is to give students the opportunity to be active in the learning process, which is never one-sided. On the contrary, Allison Academy students learn in fun and interactive ways designed to inspire them to develop a long-term love of learning!

Regardless of whether you are a fan of video games or just enjoy them occasionally – Video Game Day gives you the chance to make the most of this type of entertainment. To the delight of all Allison Academy students and, as it turns out, teachers, the event organized at our school was a resounding success full of excitement and positive energy.

Video Game Day is celebrated across the US in order to commemorate all the ways in which we enjoy a good challenge and good fun. At Allison Academy, we celebrate this day with lots of snacks, fun games, and virtual adventures, proving that our school is a leader in modern education, which entails acquiring important skills through fun.

Video games are a way to learn!

Although parents are prejudiced against video games, research has shown that in some educational contexts, they can be highly useful for developing cognitive skills! At Allison Academy, we strive to enable our students to learn through fun; thus creating a unique, modern, and inspiring learning experience.
Given that the video games played on Video Game Day are designed to develop teamwork and problem solving, our students continued to advance the talents fostered at school. Some of the games had interesting and intricate plots, which significantly contributes to the development of creativity and imagination. And we can all agree that these qualities are essential to developing intelligence.

The way we had fun

Tucker Parrish, an Allison Academy student, played Horizon Zero Dawn and was delighted to share his excitement about the game with his friends. Tucker enjoys the game because of the storyline, as he is primarily interested in a good story. Tucker, who wants to become a video game designer, says that Video Game Day is his favorite school event.
The atmosphere was particularly electric in rooms where students played video games using VR headsets. In one of the classrooms in which tournaments took place, we found Idel, Haraun, Maxx, and Adrian, who enjoyed playing a virtual game together. They enthusiastically talked about how the VR experience creates a feeling that you are playing the game in real life. Also, they told us they enjoyed playing games together and making new friends through video games and contests.
Another video game the students were particularly interested in was the multiplayer Super Smash Bro. They loved being able to communicate and work together, thus creating additional challenges and incentives for teamwork. The idea behind Allison Academy’s modern approach to education is to empower group work and brainstorming so as to maximize results and develop friendships. Playing video games is the perfect way to present such a system in the most entertaining way possible. This type of team collaboration toward a shared goal also teaches students perseverance, building upon one another’s strengths and weaknesses, and motivation of their peers. 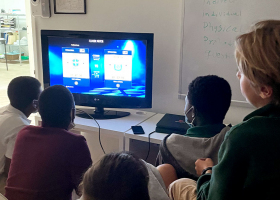 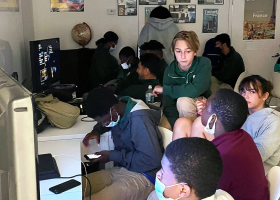 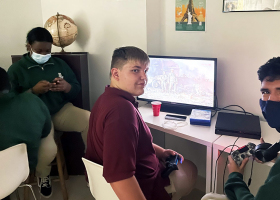 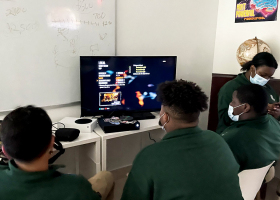 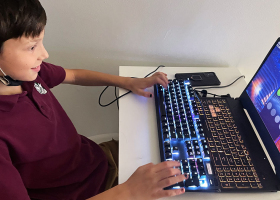 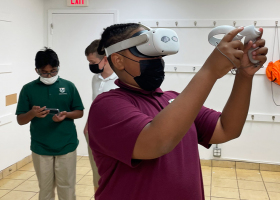 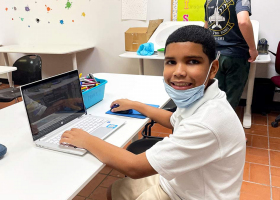 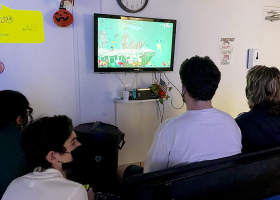 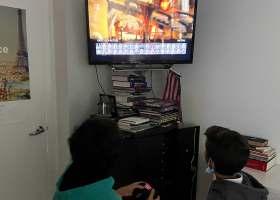 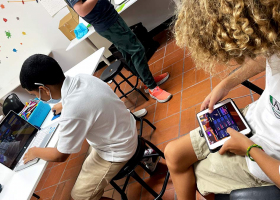 A joyful experience for everyone

“This is the only school in the country that has opportunities for kids like that. You stay at school for three hours and you get pizza, cookies, brownies, you get all that! Hang out with your friends, play video games… I got to make memories! I had a really wonderful day.”

Video Game Day at Allison Academy was also a great opportunity for our alumni to have fun and revisit the wonderful experiences they had at the school. Gabriel, who graduated in 2020, visited the school in order to spend some time with the teachers and current students. With a smile on his face, he talked about the great support he received from Allison Academy teachers whom he will consider family forever.

The success of our students is our success, too! Allison Academy has once again shown the readiness to enable students to learn through fun; because the only knowledge that is worthwhile is one that makes you want to learn more.