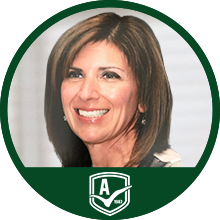 Tanya Jovanovic was born and raised in Akron, Ohio. She completed her elementary and secondary education through the public school system and then went on to pursue her Bachelors Degree in Secondary Education with a concentration in Comprehensive Social Studies. Tanya graduated from the University of Akron in 1998 and then she went on to teach 8th grade History and English at the same middle school that she attended. After a year of teaching middle school Tanya wanted the challenge of teaching older students. So, she made the transition to high school and that is where she have stayed for the majority of her career. After a few years of teaching she made the decision to pursue her Masters Degree in School Counseling which she completed in May, 2005. Unlike her teaching certificate her certification in school counseling is Kindergarten through 12th grade, but again Tanya chose to spend 12 years as a school counselor in two high schools.

After almost 20 years as an educator Tanya wanted a change in her day to day routine and a challenge, so she decided to apply for positions internationally. In January, 2017 she accepted a position as the Director of a Secondary School grades 7-13 in Europe. While her tenure there she was promoted to the position of Head of School as well. Today, Tanya is the Director of Allison Academy. She is married and has two daughters who are 13 and 16 years old.